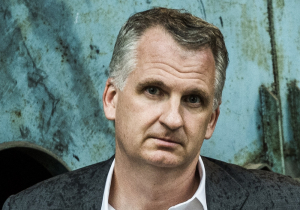 Timothy Snyder is the Richard C. Levin Professor of History at Yale University and a permanent fellow at the Institute for Human Sciences in Vienna. He speaks five and reads ten European languages. His ten chief books are Nationalism, Marxism, and Modern Central Europe: A Biography of Kazimierz Kelles-Krauz (1998); The Reconstruction of Nations: Poland, Ukraine, Lithuania, Belarus, 1569-1999 (2003); Sketches from a Secret War: A Polish Artist’s Mission to Liberate Soviet Ukraine (2005); The Red Prince: The Secret Lives of a Habsburg Archduke (2008); Bloodlands: Europe Between Hitler and Stalin (2010), Thinking the Twentieth Century (with Tony Judt, 2012); Black Earth: The Holocaust as History and Warning (2015); On Tyranny: Twenty Lessons from the Twentieth Century (2017); The Road to Unfreedom: Russia, Europe, America (2018); and Our Malady: Lessons in Liberty from a Hospital Diary (2020).

He has also co-edited three further books: The Wall Around the West: State Borders and Immigration Controls in Europe and North America (2001); Stalin and Europe: Terror, War, Domination (2013); and The Balkans as Europe (2018). His essays are collected in Ukrainian History, Russian Politics, European Futures (2014), and The Politics of Life and Death (2015). Snyder's work has appeared in forty languages and has received a number of prizes, including the Emerson Prize in the Humanities, the Literature Award of the American Academy of Arts and Letters, the Václav Havel Foundation prize, the Foundation for Polish Science prize in the social sciences, the Leipzig Award for European Understanding, the Dutch Auschwitz Committee award, and the Hannah Arendt Prize in Political Thought.

Snyder was a Marshall Scholar at Oxford, has received the Carnegie and Guggenheim fellowships, and holds state orders from Estonia, Lithuania, and Poland. He has appeared in documentaries, on network television, and in major films. His books have inspired poster campaigns and exhibitions, films, sculpture, a punk rock song, a rap song, a play, and an opera. His words are quoted in political demonstrations around the world, most recently in Hong Kong. He is researching a family history of nationalism and finishing a philosophical book about freedom.