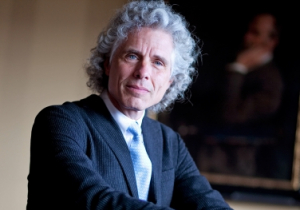 Johnstone Family Professor in the Department of Psychology at Harvard University

A provocative speaker, much in demand, Steven Pinker is a cognitive scientist who has been named by TIME as one of the 100 Most Influential People in the World. His keynotes have helped millions demystify the science behind human language, thought, and action. Pinker is a Harvard professor, a TED speaker, and a bestselling author, twice nominated for the Pulitzer Prize.

Highly respected in the scientific community, his work and opinions are extensively covered in the mainstream media, and have won a wide general audience. In his upcoming book, Rationality: What It Is, Why It Seems Scarce, Why It Matters, Pinker argues that we fail to take advantage of the most powerful tools of reasoning discovered by some of our best thinkers: logic, critical thinking, probability, correlation and causation. These tools are not a standard part of our educational curricula, and have never been presented clearly and entertainingly in a single book—until now. Rationality promises to be an enriching, inspiring, and captivating new read on how to harness rationality to improve our personal lives and advance social progress.

In his earlier book Enlightenment Now: The Case for Reason, Science, Humanism, and Progress Pinker argued that, despite fear-mongering and political upheaval, the world is getting better: peace, prosperity, knowledge and happiness are on the rise. “The world is getting better, even if it doesn’t always feel that way,” wrote Bill Gates, in a review of the book. “I’m glad we have brilliant thinkers like Steven Pinker to help us see the big picture. Enlightenment Now is not only the best book Pinker’s ever written. It’s my new favorite book of all time.” The New York Times included the book in its year-end list of 100 Notable Books, and NPR and Esquire both named it as one of the best books of the year. Enlightenment Now was the follow-up to The Better Angels of Our Nature: Why Violence Had Declined, which was a #1 Amazon bestseller. Keynotes based on that book inspired audiences worldwide with its core message that, if you look at the facts, we are living in the most peaceful human era ever. The talks pointed the way to a better future for humankind.
A native of Montreal, Steven Pinker is Johnstone Professor of Psychology at Harvard University. Previously, he taught at Stanford and at MIT. He is a fellow of the American Academy of Arts and Sciences and the American Association for the Advancement of Science. He has won a number of teaching prizes, and his research on visual cognition and the psychology of language has received numerous awards, including the Troland Award from the National Academy of Sciences.

Is Humankind Getting More Peaceful? Or Are We Heading for a Third World War?