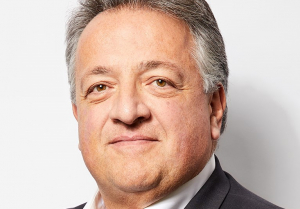 Dr. Noubar Afeyan is founder and CEO of Flagship Pioneering, a company that conceives, creates, resources, and develops first-in category life science platform companies to transform human health and sustainability. An entrepreneur and biochemical engineer, Dr. Afeyan holds more than 100 patents and has co-founded and helped build more than 60 life science and technology startups during his 33-year career. He is co-founder and chairman of the board of Moderna, the pioneering messenger RNA vaccine company addressing the global COVID-19 pandemic, and serves on the boards of several private and public companies.

A fervent believer that entrepreneurship involves skills and practices that can be professionalized and taught, Dr. Afeyan has been a Lecturer at Harvard Business School and Senior Lecturer at MIT where he taught technology-entrepreneurship and innovation for more than two decades. He received a Technology Pioneer 2012 award from the World Economic Forum (WEF), was awarded the National Order of Merit from his native Lebanon in 2021, a Great Immigrant honor from the Carnegie Corporation in 2016, and the Ellis Island Medal of Honor in 2008.

Dr. Afeyan is a member of the Corporation of MIT (the Institute’s governing body) and a member of the board of trustees for the Boston Symphony Orchestra. Together with his partners, Noubar has launched and supported philanthropic projects including the IDeA Foundation, UWC Dilijan School, FAST, and the Aurora Prize for Awakening Humanity to raise awareness of the world’s most pressing humanitarian problems. Previously, he was a co-founder and board member of the National Competitiveness Foundation of Armenia, a private-public partnership dedicated to promoting economic development in the former Soviet Republic of Armenia.
A passionate advocate of the contributions of immigrants to economic and scientific progress, Dr. Afeyan received the Appeal of Conscience Award in 2020 and the Golden Door Award in 2017 from the International Institute of New England, in honor of his outstanding contributions to American society as a U.S citizen of foreign birth.