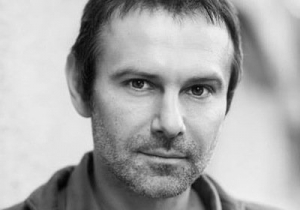 Sviatoslav (Slava) Vakarchuk is a co-founder of Center for Economic Strategy (CES) in Ukraine, social activist, leader and founder of Okean Elzy rock band and holds PhD in theoretical physics. Okean Elzy (Elsa’s Ocean) is the most successful and popular Ukrainian rock band. They have conducted numerous concert tours in Ukraine and Eastern Europe, USA, Canada, Australia, and Western Europe. Mr. Vakarchuk was a member of the Ukrainian Parliament in 2005-08 and a member of the Parliamentary Committee on Freedom of Expression and Information. In 2015, Sviatoslav Vakarchuk, together with Tomas Fiala, CEO of Dragon Capital, Ukraine’s leading investment bank and Ivan Miklos, former deputy prime minister and minister of finance of the Slovak Republic and currently economic advisor to the Ukrainian government, founded Centre for Economic Strategy, an independent policy think tank aimed at supporting reforms in Ukraine in order to achieve sustainable economic growth. In 2015, Sviatoslav Vakarchuk became the third Yale World Fellow from Ukraine since the program was launched in 2002. The program is designed for mid-career professional with a significant record of achievements. During 2015-2016 Slava gave several lectures and presentations at UC Berkeley, Fordham, Columbia and Harvard. In 2017, Stanford’s Center on Democracy, Development and the Rule of Law (CDDRL) invited Vakarchuk as a visiting scholar for the fall quarter. Vakarchuk will be interacting with the Ukrainian Emerging Leaders Program during his residency at CDDRL. Launched in 2016, the Program seeks to provide Ukrainian leaders with opportunities for professional growth and development, as well as the chance to work on a project over the course of a 10-month residency at Stanford. Slava is also known for his social and cultural projects. Together with the members of the band he actively supported the preventive campaign by International Organization for Migration and MTV Europe’s “People Are Not For Sale.” In 2003, Sviatoslav had become an Honorary Ambassador of Culture in Ukraine. In 2005, he became a Goodwill Ambassador for the United Nations Development Program. In 2015, Sviatoslav Vakarchuk has been declared as the most active Ukrainian philanthropist.