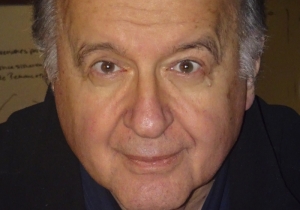 Chairman, Institute for Liberty and Democracy

Hernando de Soto is currently the Chairman of the Institute for Liberty and Democracy (ILD), an internationally recognized think tank headquartered in Lima, Peru which is considered by The Economist to be one of the two most important think tanks in the world. Mr. de Soto committed to helping governments in developing countries implement property rights reforms that provide legal tools and institutions required for all citizens to participate in the formal national and global economy and pull themselves out of poverty. Time magazine included him among the 100 world’s most influential people in 2004. He was listed as one of 15 innovators “who will reinvent your future.” Mr. de Soto was also named one of the 25 most important thinkers of our time by Handelsblatt newspaper and one of the leading innovators in the world by Time and Forbes magazines. More than 20,000 readers of Prospect and Foreign Policy ranked him as one of the world’s top 13 “public intellectuals.” Mr. de Soto has served as an economist for the General Agreement on Tariffs and Trade, President of the Executive Committee of the Copper Exporting Countries Organization (CIPEC), CEO of Universal Engineering Corporation, a principal of the Swiss Bank Corporation Consultant Group, and as a governor of Peru’s Central Reserve Bank. In the early 1990s, he led efforts to insert Peru into the global economy, drafted and promoted more than 187 laws that gave the poorest Peruvians access to economic opportunities, including title to their property and businesses and created the national office of Ombudsman to defend Peruvian people’s constitutional and human rights (Defensoría del Pueblo). He has advised heads of state in several developing countries on property reform programs and is the author of “The Other Path” in the mid 1980s, and his seminal work “The Mystery of Capital.”