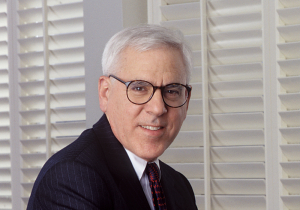 David M. Rubenstein is a Co-Founder and Co-Executive Chairman of The Carlyle Group, one of the world’s largest and most successful private investment firms. Since its founding in 1987, Carlyle has grown into a firm managing $223 billion from 33 offices around the world. Mr. Rubenstein is a 1970 graduate of Duke University and a 1973 graduate of the University of Chicago Law School. He served as Chief Counsel to the U.S. Senate Judiciary Committee’s Subcommittee on Constitutional Amendments before becoming the Deputy Assistant to the President for Domestic Policy during the Carter Administration. He also practiced law in both NYC and DC. Mr. Rubenstein is Chairman of the Boards of Trustees of the John F. Kennedy Center for the Performing Arts, the Smithsonian Institution, and the Council on Foreign Relations; a Fellow of the Harvard Corporation; a Trustee of the National Gallery of Art, the University of Chicago, Memorial Sloan-Kettering Cancer Center, Johns Hopkins Medicine, the Institute for Advanced Study, the Brookings Institution, and the World Economic Forum; a Director of the Lincoln Center for the Performing Arts and the American Academy of Arts and Sciences; and President of the Economic Club of Washington, among other board seats and memberships. Mr. Rubenstein is an original signer of The Giving Pledge, and a recipient of the Carnegie Medal of Philanthropy, and the MoMA’s David Rockefeller Award, among other philanthropic awards. He is also the host of The David Rubenstein Show: Peer-to-Peer Conversations. Mr. Rubenstein has been a leader in the area of Patriotic Philanthropy, having made transformative gifts for the restoration or repair of the Washington Monument, the Kennedy Center, and the National Archives, among other historic sites. He has also provided to the U.S. government long-term loans of his rare copies of the Magna Carta, the Declaration of Independence, the U.S. Constitution, and the Emancipation Proclamation, among other historical documents.