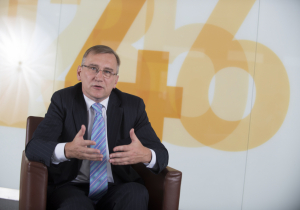 Juhan Parts is the Estonian nominated Member of European Court of Auditors. Prior to joining the Court, he was Prime Minister of Estonia, later Minister of Economy and Communications and Member of Riigikogu (Parliament). He was also Deputy Secretary General at the Ministry of Justice and worked as auditor general. In recognition of his achievements, he has received several awards, such as the Order of the National Coat of Arms, 2nd class 2008. Mr Parts holds a degree in law.