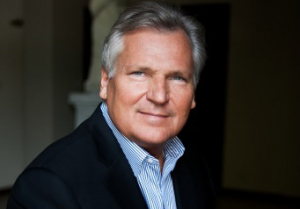 A Comedian in Politics – Reykjavík as Precedent for Ukraine?