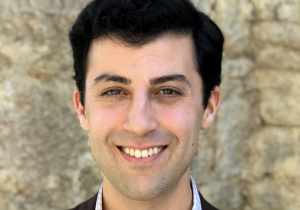 Julian Gewirtz is Academy Scholar at Harvard University's Weatherhead Center for International Affairs. He is the author of Unlikely Partners: Chinese Reformers, Western Economists, and the Making of Global China (Harvard University Press, 2017), which The Economist called "a gripping read, highlighting what was little short of a revolution in China’s economic thought." His research has been published in the Journal of Asian Studies, The American Scholar, and Foreign Affairs, and other writing on U.S.-China relations and Asia appears in publications including the New York Times, Wall Street Journal, the Washington Post, the Financial Times, and Foreign Policy. His poems have been published by Boston Review, The Nation, The New Republic, PEN America, and The Yale Review. He received his doctorate in modern Chinese history from Oxford University, where he was a Rhodes Scholar.