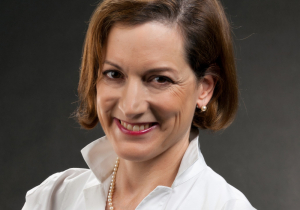 Pulitzer Prize winning historian, journalist and commentator on geo-politics, Anne Applebaum examines the challenges and opportunities of global political and economic change through the lenses of world history and the contemporary political landscape. Informed by her expertise in Europe and her years of international reporting, Applebaum shares perspectives on, and the far-reaching implications of, today's volatile world events. And as technology allows a new scale of media manipulation to authoritarian governments and changes the tenor of political discourse, she scrutinizes the misinformation, propaganda, and criminal exploitation that influence global affairs, as well. Anne’s Pulitzer Prize-winning Gulag: A History is about the Soviet concentration camps. Her new book, Red Famine: Stalin’s War on Ukraine, is the winner of her second Duff Cooper Prize and the 28th Lionel Gelber Prize 2018. Anne is the only author to win the Duff Cooper Prize twice. Professor of Practice at the London School of Economics Institute of Global Affairs, Anne is in charge of a program on “fake news” and 21st century propaganda. Director of the Transitions Forum at the Legatum Institute from 2011-2015, an international think tank, Applebaum is the co-founder of the institute's Democracy Lab, an online partnership between the institute and Foreign Policy magazine. An adjunct fellow of the Center for European Policy Analysis, she is former Phillipe Roman Chair in History and International Affairs at the London School of Economics. Applebaum writes a biweekly foreign affairs column for The Washington Post, and is a regular contributor to publications such as Slate magazine, The New Republic, The Spectator, and The New York Review of Books. She was formerly a member of The Washington Post’s editorial board; foreign and deputy editor of the Spectator magazine; and political editor of the Evening Standard. She divides her time between London and Warsaw, Poland.

Corruption – Major Obstacle to Happiness: Lessons from the World for Ukraine