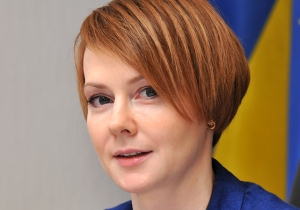 Olena Zerkal is the Deputy Foreign Minister for European Integration of Ukraine. From 2001 to 2013, she held several positions within the Ministry of Justice of Ukraine. She served as the Director of International Law Department, the State Department on Legislation Approximation, and then the Department on Liaison with State Authorities. Ms. Zerkal participated in numerous bilateral and multilateral negotiations, including full cycle of negotiations on Association Agreement, agreements on readmission and visa facilitation, as well as Ukraine’s activities in EU, UN, NATO and Council of Europe. She was responsible for coordination and planning of Ukrainian legislation approximation to acquis communautaire and legal translation, draft laws expertise, cooperation with EU on Justice, Freedom and Security. Ms. Zerkal is the author of the Ukrainian legislation approximation Methodology, a number of Ukrainian legislation analyses, and comparative law researches. In 2004, she received an honorable award of the Cabinet of Minister of Ukraine and she holds a Distinguished Lawyer award. She received a Master of Law from the Law Department in 1998 and a Master of International Economic Relations in 2008 from the Institute for International Relations of the Taras Shevchenko National University of Kyiv.

NordStream 2 and Ukraine’s and Europe’s Interests