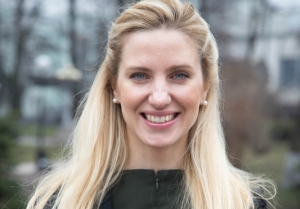 Member of Parliament of Ukraine

Svitlana Zalishchuk is an elected Member of Parliament of Ukraine since 2014. She is a member of the Committee on Foreign Affairs, a chair of the Sub-Committee on European and Euro-Atlantic Integration, and a co-chair of the Parliamentary Friendship group between Ukraine and the United Kingdom. To deepen her study of democracy and the rule of law, Ms. Zalishchuk was awarded the John Smith Fellowship Program in 2008 and a Draper Hills Summer Fellowship in Stanford in 2011. She was recognized as one of the emerging leaders of Ukraine (2013), one of the top-100 most influential women in Ukraine (2015), and one of the "bravest" women of the Munich Security Conference (2016). In 2016, she was granted the Anna Lindh Prize for her role in defending human rights.