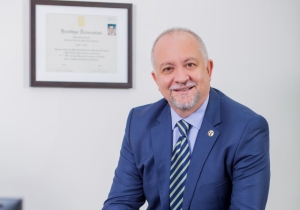 Ismet Yazici headed lifecell company in April 2017. He combines unique professional expertise and background gained in engineering, sales and marketing – fields where he had worked on the leading management positions in different companies in Europe and U.S. Before joining lifecell he worked as General Director/CEO of Turkcell in Northern Cyprus. Prior to that, he headed the BeST mobile operator, a subsidiary of Turkcell in Belarus. In 2009, Ismet Yazici joined Turkcell's Global Tower company, becoming a deputy director for sales and business development. In 2010, he headed Global Tower as General Director of the company. He started his career in 1993 as development engineer at Nortel Netas. From 1995 to 1999, Mr. Yazici worked at the International Sales and Marketing Department of this company and was a manager of the Nortel Netas Romanian office from 1997 to 1999. He also gained experience working as CDMA product marketing manager at Nortel Networks Richardson, U.S., where he worked from 1999 to 2003. He also worked as Director of Product Marketing and Business Development for Nortel Networks at EMEA. Ismet Yazici received a law degree from the Istanbul University. He also received an MBA in International Marketing and Management from the University of Texas at Dallas. His engineering experience is based on BSc Electronics Engineering degree from Hacettepe University, Ankara, Turkey.