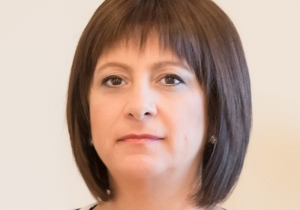 Natalie Jaresko is the Executive Director of the Financial Oversight & Management Board (FOMB), which was created to enable Puerto Rico to achieve fiscal responsibility and regain access to capital markets afterwards. Prior, Ms. Jaresko was the Minister of Finance of Ukraine from 2014 to 2016. During her tenure, she led a successful negotiation and implementation of the largest IMF program and reconstructed a complex sovereign and sovereign-guaranteed debt. She led the reduction of total public spending by 10% of GDP and cutting the general government fiscal deficit by more than 75%. She also advanced tax reform resulting in an almost 50% reduction in payroll tax, eliminated tax privileges which favored vested interests, implemented a transparent e-data system placing all treasury transactions online in real time, as well as initiated corporate governance reform in state-owned banks. Ms. Jaresko spent two decades investing in small and medium-sized businesses in the region. She was a co-founder and CEO of Horizon Capital, where she managed a fund with over $600 million. Prior, she was the President and CEO of the Western NIS Enterprise Fund (WNISEF). Currently, she is the Chair of the Board of Trustees of Aspen Institute Kyiv, a Nonresident Distinguished Senior Fellow at the Atlantic Council, a member of the World Economic Forum Global Future Council on Financial and Monetary Systems, and a Board Member of the Leavitt Institute for International Development. Ms. Jaresko holds a Master's Degree in Public Policy from the Harvard University Kennedy School of Government, a BA in Accounting from DePaul University in Chicago, and a Certified Public Accountant (CPA). Ms. Jaresko was twice awarded the Order of Princess Olha by the Presidents of Ukraine in 2003 and 2016 for her contributions to Ukraine.