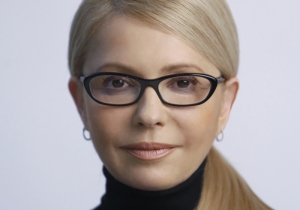 Member of Parliament of Ukraine, Chairwoman, The Batkivshchyna Party

Yulia Tymoshenko is the Leader of the political party Batkivshchyna and former Prime Minister of Ukraine. She comes from Dnipropetrovsk in Eastern Ukraine. Yulia Tymoshenko was first elected to the Parliament of Ukraine at the end of 1996, and in 1999, she founded and chaired the All-Ukrainian Union Batkivshchyna. In December 1999, she was appointed as the Deputy Prime Minister on fuel and energy issues. In 2004, Ms. Tymoshenko became a leader of the Orange Revolution, and later in 2005, she was appointed as the Prime Minister with the record 373 votes. In 2007, she became the Prime Minister of Ukraine for the second time. In the 2010 presidential elections, she narrowly lost to Viktor Yanukovych, and immediately afterwards the Yanukovych government launched a number of trumped-up politically motivated investigations against her. She was imprisoned. World leaders, numerous international institutions, human rights NGOs, and diaspora worldwide condemned the biased trial and selective justice. In February 2014, Yulia Tymoshenko was released following the overthrow of the Yanukovych regime. She came 2nd in the 2014 presidential elections. After the 2014 parliamentary elections, she chaired the Batkivshchyna Faction in the Parliament.