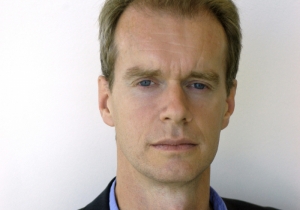 Stephen Sackur, the presenter of HARDtalk, BBC World News' flagship current affairs interview programme, has been a journalist with BBC News since 1986. He has interviewed presidents, prime ministers and leading personalities from all over the world over the past decade. Before taking over HARDtalk, Stephen was based in Brussels for three years as the BBC's Europe Correspondent. He travelled across Europe to cover major stories around the continent, including the accession of the former communist East European states to the European Union in 2004. Prior to this, he was the BBC's Washington Correspondent from July 1997. With a keen interest in politics, Mr. Sackur has interviewed President George W. Bush, and Bill Clinton; covered the 2000 U.S. Presidential Elections, the “Lewinsky scandal” and the Clinton impeachment trial. He also made a documentary for the BBC's current affairs programme “Panorama” on the issue of guns in the U.S. Mr. Sackur has also been the BBC Middle East Correspondent in both Cairo from 1992 to 1995 and Jerusalem from 1995 to 1997, covering the peace process, the assassination of the Israeli Prime Minister Yitzhak Rabin. He has contributed countless articles to The Observer, The London Review of Books, New Statesman, The Guardian and Daily Telegraph. He is the author of “On the Basra Road” (1992). In November 2010, Mr. Sackur was awarded the “International TV Personality of the Year Award” by the Association of International Broadcasters. Born in Lincolnshire, England, Mr. Sackur was educated at both Cambridge and Harvard University. In June 2017 he was awarded an Honorary Doctorate in International Relations from the Geneva School of International Relations and Diplomacy. In July 2018 he received an ‘Honorary Doctor of Letters’ Degree at Warwick University

Rule of Law and Fight Against Corruption