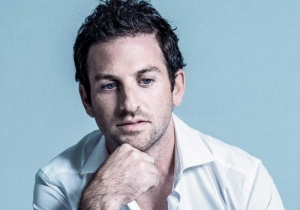 Jared Cohen is the founder and CEO of Jigsaw at Alphabet Inc. He also serves as an Adjunct Senior Fellow at the Council on Foreign Relations. Prior to Alphabet, he was the Director of Google Ideas and an advisor to Google's executive chairman. From 2006 to 2010 he served as a member of the Secretary of State's Policy Planning Staff where he advised both Condoleezza Rice and Hillary Clinton. Mr. Cohen is the New York Times bestselling author of four books, including Children of Jihad, One Hundred Days of Silence: America and the Rwanda Genocide, The New Digital Age: Transforming Nations, Business, and our Lives, which he co-authored with Eric Schmidt, and The Accidental Presidents, which is forthcoming. His writing has appeared in the New York Times, Wall Street Journal, Foreign Affairs, LA Times, Washington Post, TIME Magazine, and Foreign Policy. Mr. Cohen was named on the TIME 100 list and Foreign Policy's Top 100 Global Thinkers list. He received his B.A. from Stanford University and his M.Phil in International Relations from the University of Oxford, where he studied as a Rhodes Scholar. He speaks fluent Swahili.