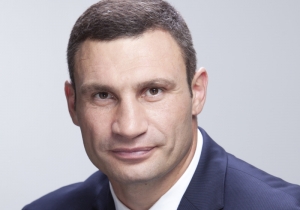 Vitali Klitschko is the Mayor of Kyiv. He began his political career in March 2006, when he ran simultaneously for Verkhovna Rada and the Kyiv City Council as the Head of the “Pora-PRP” Bloc (the union of the “PORA” and the “Reform and Order” parties). The election results allowed him to become the bloc group leader at the Kyiv City Council. In January 2011, he graduated from the National Academy of Public Administration of the President of Ukraine, with a Master’s Degree in Managing Social Development. Dr. Klitschko holds a degree from Hryhoriy Skovoroda State Pedagogical University of Pereyaslav-Khmelnytsky and a Ph.D. in Sport and Physical Education. He wrote and defended a thesis on the topic of “Methodology for evaluating the performance of boxers in a multi-stage sport selection system”. Dr. Klitschko was born on July 19, 1971, in Bilovodske village of the Kyrgyz SSR, in a family of military service members. Together with his parents and younger brother Volodymyr, Vitali lived in different corners of the Soviet Union until they moved to Ukraine in 1984.