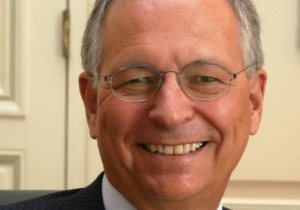 Ambassador, Chairman of the Munich Security Conference; Senior Professor, Hertie School of Governance; Member of the YES Board

Ambassador Ischinger has been Chairman of the Munich Security Conference (MSC) since 2008. A German career diplomat, he was State Secretary (Deputy Foreign Minister) of Germany from 1998 to 2001. From 2001 to 2006, he was the Federal Republic of Germany's Ambassador to the U.S., and from 2006 to 2008, to the Court of St James's. He is a Senior Professor at the Hertie School of Governance, Berlin, and serves on the boards of numerous companies as well as non-profit-institutions, including Atlantik-Brücke, Berlin; SWP, Berlin; AICGS, Washington D.C.; the American Academy, Berlin; the Atlantic Council of the United States, Washington D.C.