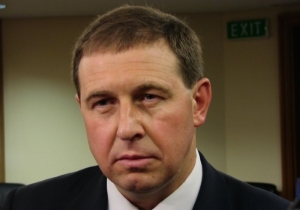 Andrei ILLARIONOV is a Senior Fellow at the Cato Institute's Center for Global Liberty and Prosperity in Washington, D.C., and the President of the Institute of Economic Analysis, an independent economic think tank in Moscow. When Russia embarked on economic reforms in 1992, Dr. Illarionov became Deputy Director of the Center for Economic Reform, the Russian government’s think tank. In April 1993, he was invited to be the Chief Economic Advisor of Viktor Chernomyrdin, the Prime Minister of the Russian Federation at that time. In July 1994, Dr. Illarionov founded the Institute of Economic Analysis (IEA) and became its director. Since then, the IEA has become one of the leading Russian liberal economic research centers. In April 2000, Dr. Illarionov was invited to serve as Chief Economic Advisor to the Russian President Vladimir Putin. From May 2000 to January 2005, he was also the Russian President’s Personal Representative (sherpa) to the G-8. Dr. Illarionov was the driving force behind the adoption of a 13% flat income tax, Russian government’s establishment of a Stabilization Fund for windfall oil revenues, and the early repayment of Russia’s foreign debt.