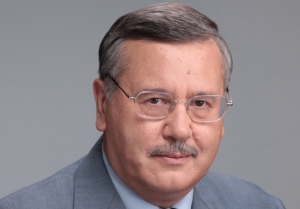 Leader of the Civic Position party, Minister of Defense of Ukraine (2005-2007)

Anatoliy Grytsenko is the Leader of a Civil Position (Hromadyanska Pozytsiya) political party and an Associate Professor at the National University of Kyiv-Mohyla Academy. While serving as the Minister of Defense of Ukraine from 2005 to 2007, Dr. Grytsenko has accomplished a number of recognized reforms aimed at building strong and professional Ukrainian armed forces. Among his most prominent achievements are: drafting a State Program for the Development of the Armed Forces of Ukraine for 2006 - 2011; strengthening the Ukrainian military ethos and patriotism; streamlining the command and control systems, in particular, creating the Joint Operational Command; harmonizing the military logistical system with the modern market economy standards. Previously, Dr. Grytsenko was the Head of Razumkov Centre, a think tank, where he oversaw research projects on defense, political, economic, social, and energy topics from 2000 to 2004. He holds a Ph.D. in Technical Sciences and has authored more than 100 publications, with some being distributed in Belgium, Netherlands, USA, Germany, and Switzerland.