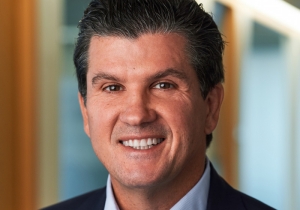 As CEO of General Atlantic, a leading global growth equity firm, Bill Ford has over 25 years of experience investing in and helping to build leading growth companies including IHS Markit, e*Trade, Priceline, and First Republic Bank. Under Mr. Ford’s leadership, General Atlantic has expanded its global presence, increased its capital base, and deepened its capabilities to identify and partner with high-potential growth companies across multiple business sectors and geographies. Mr. Ford joined General Atlantic in 1991 and became CEO in 2007. He serves on the boards of several current portfolio companies, including IHS Markit and Tory Burch. He was formerly a director of prior General Atlantic investments, including First Republic Bank, NYSE Euronext, e*Trade, Priceline, and NYMEX. Mr. Ford is a chairman of General Atlantic's Executive Committee and is a member of the firm’s Investment and Portfolio Committees. Mr. Ford is involved with a number of educational and not-for-profit organizations. He is a Chair of Rockefeller University’s Board of Trustees, and a Board Member of The Memorial Sloan Kettering Cancer Center and Lincoln Center. Mr. Ford is active in business education serving as a member of the Advisory Board of the Tsinghua University’s School of Economics and Management. From 2001 to 2013, he was a trustee of Amherst College and currently serves on the Investment Committee for the College’s endowment. Mr. Ford serves on the Executive Committee of the Partnership for New York City, the Board of Directors of BlackRock, the National Committee on United States-China Relations, and Endeavor. He is also a member of The Council on Foreign Relations, The New York State Life Science Advisory Board, and The Steering Committee for The CEO Action for Diversity and Inclusion.

The Next Generation of Everything. II. An Investor’s View