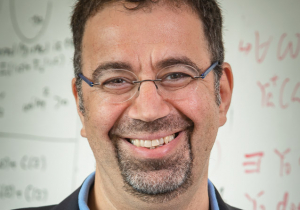 A professor of Applied Economics at MIT, Acemoğlu was twice named one of Foreign Policy’s Top 100 Global Thinkers, and is the winner of the Kiel Institute’s 2019 Global Economy Prize. He has also received the prestigious Nemmers Prize in Economics, and an Andrew Carnegie fellowship. His book, Why Nations Fail (co-authored with Harvard’s James Robinson), is a work of rare historical and cultural heft. In it, Acemoğlu finds an answer to a question that’s eluded leaders for centuries: why are some nations rich, and others poor? Instead of pointing at cultural practices or geography, he argues, we need to look to political and economic institutions to explain prosperity. “A showcase of economic rigor”, as described by The Wall Street Journal, Why Nations Fail offers real solutions to key economic problems: how to end poverty, build sustainable institutions and empower democracy.

Today, Acemoğlu’s expertise spans the spectrum of macroeconomics, focusing on the role of institutions in growth. How will demographic shifts and the rise of new superpowers change the global economy? And how can we protect our vital foundations as crises and polarizing politics erode trust? For actual answers, informed by original research from one of our sharpest minds, audiences turn to Daron Acemoğlu. Having written for magazines such as Foreign Policy, he is a regular speaker for major institutions worldwide, and received attention in The New York Times, Washington Post, The Economist, The Financial Times, and more. In Fall 2019, Acemoğlu will publish The Narrow Corridor, the highly anticipated follow-up to Why Nations Fail.