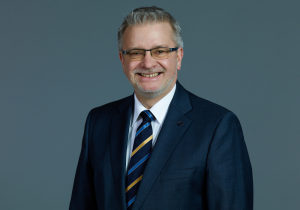 Michael Gahler has been a member of the European Parliament since 1999 and was serving (2014-2019) on the committee on foreign affairs, and the subcommittee on security and defence (where he has been spokesperson of the EPP Group). He has been a substitute member of the committee on transport and tourism. He has been chairman of the delegation for the relations with the Pan-African Parliament, member of the South Africa delegation, and member of the Joint Parliamentary Assembly ACP-EU. Mr Gahler studied law in Germany, with further studies in France, and later joined the diplomatic school of the foreign office (1990-1991), after which he spent two years as desk officer in the department of ‘international environmental politics’. From 1993-1995, he was assistant in the international office of the Christian Democratic Union (CDU). Between 1995 and 1999, again with the German foreign office, he was desk officer for the Baltic States and the Council of the Baltic Sea states.