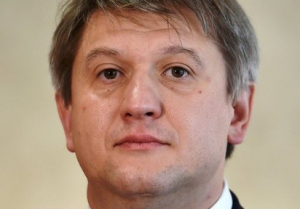 Oleksandr Danyliuk currently holds position of the Secretary of the National Security and Defense Council of Ukraine, assumed office on May 28, 2019. Oleksandr Danyliuk was appointed as Minister of Finance in April 2016 and held the office until June 2018. In 2010-2015, Oleksandr Danyliuk chaired the Economic Reforms Coordination Center – an apolitical think tank under the aegis of the Administration of the President of Ukraine. Starting from 2014, Mr. Danyliuk worked as the President’s representative at the Cabinet of Ministers and later as the Deputy Head of the Presidential Administration. Additionally, he worked in the private sector as a consultant and investment manager in a number of companies, including, Alfa Capital and US Government funded Western NIS Enterprise Fund (WNISEF) in Ukraine. Between 2006 and 2010, Mr. Danyliuk chaired the Rurik Investment fund that operated in London and Luxembourg. Oleksandr Danyliuk obtained an MBA from the Indiana University Kelly School of Business in 2001. He also graduated from the National Technical University of Ukraine with a degree in electrical engineering in 1998 and Kyiv Institute of Investment Management in 1995.