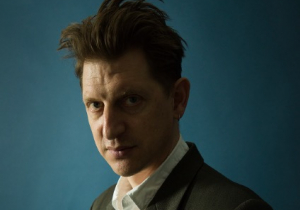 Jonathan Littell was born in 1967 in New York City, and grew up in France. He currently lives in Spain. He worked for many years as a humanitarian worker for the French NGO Action contre la Faim, leading emergency operations in Bosnia, Chechnya, Afghanistan, D.R.Congo, and Russia. His first literary novel, Les Bienveillantes, was originally published in French in August 2006. It won the most prestigious literary prize in France, Le Prix Goncourt, as well as the Académie Française’s Grand Prix de Littérature and several other foreign prizes, and has been translated into over 30 languages as well as being adapted for the stage and as an opera. He has since published feature articles on numerous conflicts (Georgia, Congo, South Sudan, Mexico, Syria) for Le Monde, XXI, The Guardian and The London Review of Books, amongst others, as well as a critical essay on Francis Bacon, Triptych, and a number of other fiction and non-fiction books. His first feature documentary film, Wrong Elements, was presented at the Cannes Film Festival in May 2016. He speaks French, English, Spanish and Russian.