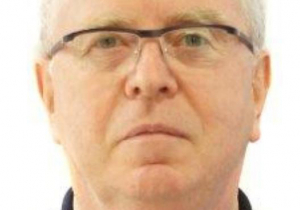 President of the European Parliament (2002-2004), Member of YES Board Patrick (Pat) Cox is a graduate of Trinity College Dublin. He has worked as an academic with the Institute of Public Administration in Dublin and the National Institute for Higher Education (University of Limerick) and as a current affairs broadcaster with RTE, an Irish television network. He was the General Secretary of the Progressive Democrats (1986-1989) in Ireland, elected three times to the European Parliament for the constituency of Munster (1989-2004), twice to the presidency of its Liberal Democrat Group (1998-2002) and once to Dáil Éireann, the Irish Parliament (1992-1994). He was elected to the Presidency of the European Parliament for the period January 2002 – June 2004, prioritizing EU enlargement during his term of office. After leaving parliament he was twice elected to the presidency of the European Movement International (2005-2011). Today Mr. Cox is engaged in a diverse portfolio of pro bono activities, serving on several boards of charitable foundations in the educational and elderly fields. He co-ordinates the Scandinavian-Mediterranean Core Network Transport Corridor for the EU. He also serves on a number of private sector advisory boards. He is president of Alliance Française Dublin and was Chairman of Limerick - National City of Culture Ireland 2014. He served as President of the Former Members Association of the European Parliament (2010-2014). Since 2014 Mr. Cox has been President of the Jean Monnet Foundation for Europe. In the context of EU-Ukraine relations since 2015, Mr. Cox has pioneered work on parliamentary reform at the joint request of the Verkhovna Rada and the European Parliament, having earlier shared a mission addressing selective justice in Ukraine with the former President of Poland, Alexander Kwaśniewski. He has made more than 50 mission visits to Ukraine mandated by the European Parliament. He has been awarded a number of honorary doctorates, national honors by eight member states of the EU, the Charlemagne Prize and has been recognized during his parliamentary service variously as MEP of the Year, Campaigner of the Year, and Irish European of the year and was the first recipient of the AmCham EU Transatlantic Business award. Several Universities awarded Patrick Cox honorary doctorates, among them are National University of Ireland, Trinity College Dublin and the University of Limerick.