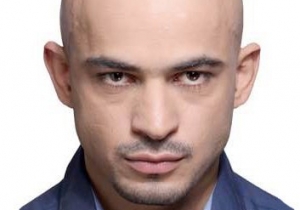 Mustafa Masi Nayyem is a Ukrainian journalist, Member of Parliament and public figure of Afghan origin. Formerly, he was a reporter for the newspaper "Kommersant Ukraine", and the internet newspaper “Ukrayinska Pravda”. Mr. Nayyem was born in Kabul in 1981. He graduated from the Aerospace Systems Department of Kyiv Polytechnic Institute in 2004. Mr. Nayyem worked as a reporter for Shuster LIVE, a political talk show on Ukrainian television, from 2007 to 2011. In 2009, Mr. Nayyem received national attention following the Ukrayina TV channel's live discussion with then-presidential candidate Viktor Yanukovych. During the discussion, he questioned Yanukovych regarding the latter's acquisition of the Mezhyhirya Residence. From September 2011 to late April 2013, Mr. Nayyem worked for the Ukrainian television channel TVi. After resigning due to a conflict with the channel's new management, he started a web project together with the colleagues who also left the channel. Their project was named Hromadske TV. Using Facebook, Mr. Nayem was one of the first activists to urge Ukrainians to gather on the Independence Square in Kyiv with a view to protesting against Viktor Yanukovych's decision to “pause” preparations for signing an association agreement with the European Union. His calls on Facebook on November 21, 2013 facilitated the start of the Euromaidan protests which led to the overthrow of the Yanukovych government. Mr. Nayyem was elected to the Verkhovna Rada with Petro Poroshenko Bloc in 2014. He is one of many Euromaidan activists who are trying to pivot from street politics into high politics in order to spearhead the reforming processes and transform Ukraine into a prosperous European state. Mr. Nayyem is a member of the Committee of the Verkhovna Rada on issues of European integration in the 8th convocation of the Parliament. He fluently speaks Ukrainian, Pashto, Russian, and English.