Nicolas Sarkozy declared his support of Ukraine’s movement to EU 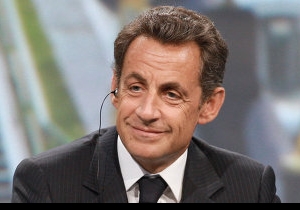 "We should favor Ukraine's movement towards EU", he said. At the same time he mentioned that Ukraine's membership in the European Union will not be an easy question, since in concerns a rather large country with a population of nearly 50 million people."This is not a "small" decision", Sarkozy said. "But the one who walks down the streets of Kyiv will understand this is a European capital", he added.

As was informed, the 5th annual summit of international Yalta European Strategy (YES) network, the greatest and the most influential non-governmental forum for Ukraine and European Union issues, started its work. More than 160 politicians, businessmen, public characters, diplomats and journalists from more than 20 countries of the world will take part in the Summit. The Summit will continue working until July, 13. The Plenary Sessions will be traditionally held in Livadia Palace.

Among the participants of the 5th annual Summit are Dominique Strauss-Kahn, the Managing Director of the International Monetary Fund; Mikheil Saakashvili, the President of Georgia; Marek Siwiec, Vice President of the European Parliament; Aleksander Kwasniewski, the President of Poland in 1995-2005; Mario David, Vice-President of European People's Party; Victor Chernomyrdin, Ambassador of the Russian Federation to Ukraine; key strategists of the leading USA political parties - Karl Rove, the republican, and Bob Shrum, the democrat.

Anthony Charles Lynton "Tony" Blair, the British politician and public leader, the Prime Minister of the Great Britain in 1997-2007, will be the special guest of the Summit to speak at Vision of Europe and Ukraine Plenary Session on July, 12.

The Ukrainian state at the Summit will be presented by Arseniy Yatseniuk, the Head of Verkhovna Rada of Ukraine; Raisa Bogatyrova, the Secretary of National Security and Defence Council of Ukraine; Vice Prime Minister on European and International Integration Grygoriy Nemyria.

Yalta European Strategy (YES) is an independent international organization, uniting the famous politicians, business and public opinion leaders, and journalists, with the aim of reforming Ukraine and provision of support to its entering the European Union. The organization was created by Victor Pinchuk, Ukrainian businessman and public figure, in July, 2004.

Annual YES Summits in Yalta act as communication ground to discuss and develop political and economic strategies for Europe and Ukraine. Since the year of 2004, William J. Clinton, the 42nd President of the USA; Gerhard Schroeder, the German Chancellor (1998-2005); Aleksander Kwasniewski, President of Poland (1995-2005), Victor Yushchenko, the President of Ukraine, and other personalities took part in Summits' work.
Besides annual summits, YES act as initiator and organizer of public opinion surveys, forums and discussions on actual Ukraine-European Union relations issues, provides public opinion polls in the EU countries concerning the European integration perspectives of Ukraine.