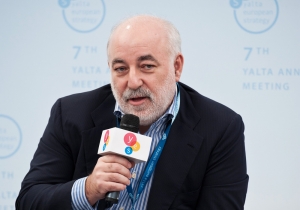 Today the developing economies need innovation-based development whether they have rich natural resources or not.

Viktor Vekselberg, the Chairman of Renova Group and Coordinator of International Innovation Center “Skolkovo” stated this during the 7th YES Yalta Forum.

“Today Russia’s path toward modernization presupposes an innovative component, - he noted. – Russia is a rich country having large natural resources, its economy being stable enough. However, the national authority understand the fact that if we do not start working on how to overcome the current lag in high technology areas, then we will happen to be on the wayside of global economic development within 10-20 years from now”.

The “Skolkovo” innovation center creation project, according to Viktor Vekselberg, shall initiate the process of Russian economy being put on innovation footing. The project will not copy the Silicon Valley since it is neither possible nor reasonable. Its aim, as V. Vekselberg says, is to “create within the framework of a separate city the environment that would ensure functioning of the entire innovation value chain, i.e. ensure the regulatory basis and environment that would solve the task of scientific knowledge implementation in the market and would contribute to commercialization of scientific ideas and developments”.

The “Skolkovo” project comprises the development of innovative projects in five areas: information and communication technologies, space, nuclear power, ecology and energy efficiency. Within the framework of the project the participating companies, selected on competitive basis, will be given tax benefits, infrastructural facilities as well as development of the specialized educational institutions.

The “Skolkovo” success, as Viktor Vekselberg thinks, will be shaped by three factors. The first one is people, scientists, who would create the basis of this process. The second one is money. Today, according to V. Vekselberg, apart from “Skolkovo”, Russia is determined to make the investment of 3 billion dollars to the development of academic research within the next three years. And the third one is market demand. “Here Russia is in her better position than the European countries, because the companies that will come to us regard Russia as prospective and developing economy”, - he highlighted.