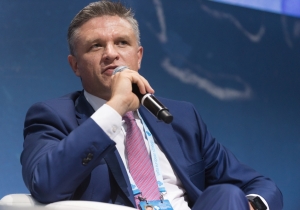 Election system reform is stuck and the key to its future progress is in the hands of the members of parliament and the chairman of the National Reforms Council, the Deputy Head of the Ukrainian President’s Administration, Dmytro Shymkiv, has said. Shymkiv was speaking at the 14th Annual Meeting of the Yalta European Strategy hosted by the Victor Pinchuk Foundation.

"In 2014 we initiated 18 different reforms, and the election reform was one of them. This was one of the ten priority reforms in the framework of the EU Association Agreement. I worked at the National Reforms Council at that time and I had a “cold shower” from all the members of parliament: I heard "Are you going to make it through the Presidential Administration? We won’t let it happen!". Now some reforms are implemented slowly, some faster, but the election reform in essence is stuck", Shymkiv said.

Shymkiv also said that it is the parliament who is responsible for implementing the election reform, first of all.

"It is hard to remind them of this, as they are already elected, they have achieved a certain level, they have immunity. However, I do believe this issue needs to be resolved in parliament", Shymkiv continued.

Ukrainian Parliament Member, Mustafa Nayem said that the existing political system makes it impossible for young, progressive people to make it to parliament and due to this, the parliament’s activity is limited.

"If you take a look at thousands of young, energetic and active reform figures – they have no chances to be in politics. The biggest impediment for them is not unity or brevity, they have this. They have no resources, as resources are concentrated in five or seven pairs of hands. Those people who rule our country, they are reluctant to share these resources, neither money, nor media, nor power", Nayem claimed.

Ukrainian Parliament Member Pavlo Rizanenko said that a simple change in the election system will not produce the desired results.

"There’s a myth that after a change in the election system, new good politicians will make it to parliament thanks to a new law. However, it seems to me that this is only a myth. I would compare it to a football game here: the rules of the game may be changed slightly, but the football players are still the same professionals, same for politics. The most important people are the owners of football clubs, those who sponsor the clubs. During the last 10-15 years these are all the same people", Rizanenko said.

Rizanenko also said that sponsors of political groups may finance different political parties but they still secure their personal interests. "The way out is to change the system of financing political activities", Rizanenko concluded.