In 2020 it will be easier for Ukraine to enter the EU, says Rar 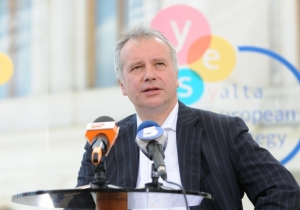 Alexander Rahr, Programme Director of the German Council on Foreign Relations, Member of the Board of YES, thinks Ukraine should draw up the EU integration program considering the changes, which will occur in the EU by the year 2020.

This has been stated by Alexander Rahr on Saturday in Yalta, within the 5th annual YES summit. "Ukraine is to target itself on the European Union as it will be in 2020. Ukrainian politicians have to make a forecast of how the EU will be by that time, what changes will take place therein". At the same time he considers the process of entering the EU in 2020 to be easier for Ukraine than it is today, as "European Union is more and more concerned with security issues", in relation of which Ukraine, with its geostrategic position, possesses the primary importance.

Also, Alexander Rahr supported the idea of Central Asian States representatives, namely Turkmenistan, Kazakhstan and Uzbekistan, to take part in the work of Yalta European Strategy summits in future. "These countries shall have a great importance for Ukraine", he stressed.

As was informed, Yalta is hosting the the 5th annual summit of international Yalta European Strategy (YES) network, the greatest and the most influential non-governmental forum for Ukraine and European Union issues. More than 160 politicians, businessmen, public characters, diplomats and journalists from more than 20 countries of the world shall take part in the Summit. The Summit will continue working until July, 13. The Plenary Sessions will be traditionally held in Livadia Palace.
Among the participants of the 5th annual organization Summit are Dominique Strauss-Kahn, the Managing Director of the International Monetary Fund; Mikheil Saakashvili, the President of Georgia; Marek Siwiec, Vice President of the European Parliament; Aleksander Kwasniewski, the President of Poland in 1995-2005; Mario David, Vice-President of European People's Party; Victor Chernomyrdin, Ambassador of the Russian Federation to Ukraine; key strategists of the leading USA political parties - Karl Rove, the republican, and Bob Shrum, the democrat.

Anthony Charles Lynton "Tony" Blair, the British politician and public leader, the Prime Minister of the Great Britain in 1997-2007, will be the special guest of the Summit to speak at Vision of Europe and Ukraine Plenary Session on July, 12.
The Ukrainian state at the Summit will be presented by Arseniy Yatseniuk, the Head of Verkhovna Rada of Ukraine; Raisa Bogatyrova, the Secretary of National Security and Defence Council of Ukraine; Vice Prime Minister on European and International Integration Grygoriy Nemyria.