Zavtra.UA grantee is appointed Minister of Culture in Youth Government under the Chairman of the Council of Ministers of Crimea 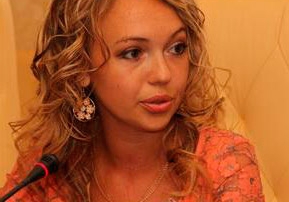 Scholarship holder of Zavtra.UA program of the Victor Pinchuk Foundation, Anna Konopleva, has been appointed Minister of Culture in Youth Government under the Chairman of the Council of Ministers of the Autonomous Republic of Crimea, which was formed on a competitive basis from young people aged 18 to 35 years

The competition was held from February to July 2012 at the initiative of the Chairman of the Council of Ministers of Crimea Anatoly Mogilev in order to create personnel reserve from young and talented Ukrainians.

During the three stages of the competition, applicants had to write an essay on "If I were a minister," to pass interviews with representatives of all ministries and republican committees, and to take part in a game performance "I choose young Crimea." Further, potential candidates had to participate in live debates with their opponents on the Crimean TV.

Anna Konopleva – scholarship holder the Zavtra.UA program in 2008. Active participant of a number of social projects of the Foundation. Participated in three Yalta Annual Meetings of YES. Volunteer participant of Nature Reserve, Moon Child, PROF-Zavtra and many other projects.