Victor Pinchuk: Ukrainian authorities and politicians should be aware of global crises risks 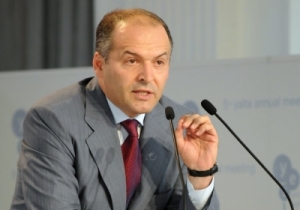 The issues of 5th annual YES summit agenda are the main questions of the world agenda too. So stated Victor Pinchuk, a founder and Member of the Board of Yalta European Strategy, in his address to journalists

"Today we discuss the crises that shock the world and shape the global agenda: these are fuel, food and financial crises", he mentioned.

According to Victor Pinchuk's opinion, authorities and politicians should be aware of global crises risks. "Our politicians should rather consider a longer-term perspective than the nearest election campaign. As for now there is an impression they are too deeply involved into their own internal context for being able to rise above it and face the global challenges that Ukraine is experiencing at the moment", he said.

Victor Pinchuk gave an example of the world food crisis which, in YES Founder's opinion, not only poses a threat but also provides prospects for the country. "Agriculture is the oil of ours", he stressed. "And within the current situation the government has to create the maximum favorable conditions for this branch of economy, make it a priority. How could the Parliament tribune be ever blocked when, in the time of global food crisis, Ukraine may help the world and at the same time have benefit?!"

Answering the question concerning the impact of the recent Hryvnia strengthening on exporters, Victor Pinchuk mentioned this fact as the one influencing the inflation rate decrease: "The exporters suffered to some extent; still the corporate interests may not be placed on top of the state ones. The main thing is the benefit of the country".

Jose Manuel Barroso
President of the European Commission, Prime Minister of Portugal (2002-2004), 9th YES Annual Meeting, 2012
«The intensity of our cooperation will be determined by the intensity of Ukraine’s commitment to our values and to reforms»