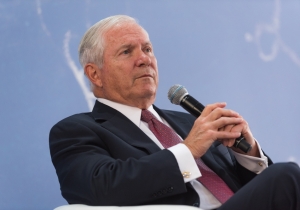 The decision by US Congress to impose sanctions on Russia was a mistake, US former Secretary of Defense (2006-2011) Robert Gates has said at the 14th Yalta European Strategy Annual Meeting, organised by the Victor Pinchuk Foundation.

“Frankly, I think it was a very serious mistake for Congress to pass the legislation that they did on sanctions. It gives the administration very little wiggle room in terms of trying to reduce the level of tension with Russia. It was a mistake to codify these sanctions because it means the prospect of improving the relationship is now removed to the very distant future,” Gates said.

He suggested that US President, Donald Trump, came into office wanting to improve the relationship with Russia.

“I think the actions that [Vladimir] Putin has taken, and continues to take, for the last number of years made it very problematical,” he added.

Condoleezza Rice
66th Secretary of State of the United States, 9th Yalta Annual Meeting, 2012
«If Europe turns inward as a result of the Euro zone crisis, we will lose one of the most powerful magnets for the further development of a democratic not just Europe but a democratic world»