President Yanukovych met the Board of YES 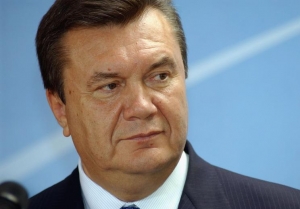 In a fruitful meeting, President Yanukovych presented his reform agenda and declared that his administration will be happy to continue the cooperation with Yalta European Strategy.

President Yanukovych accepted the board’s invitation to give a keynote speech at the 7th Yalta Annual Meeting on October 1, 2010 on his vision of Ukraine’s future in a globalised world and the offer of YES to provide expertise and platforms for dialog with Ukraine’s European partners. The board members presented to President Yanukovych the planned activities of Yalta European Strategy for the coming 12 months and expressed their looking forward to cooperate with the President and his administration.

The Yalta European Strategy summit is held with support and in partnership with the Victor Pinchuk Foundation.

Yalta European Strategy (YES) – is an international non-partisan network established in 2004 by Ukrainian businessman and public figure Victor Pinchuk. Its mission is to promote the development of a just, free and prosperous Ukraine and to support Ukraine’s reform process and eventual accession to the EU. YES brings together international leaders from politics, business and society to debate global and regional challenges and develop policy recommendations. Yalta European Strategy is governed by an international board: Aleksander Kwasniewski (Chairman), Stephane Fouks, Victor Pinchuk, Alexander Rahr, Jean-Pierre Saltiel, and Marek Siwiec.

The YES Annual Meeting is the largest and most influential non government platform in Ukraine and the region. Among the speakers were, among others, Bill Clinton, Tony Blair, Dominique Strauss-Kahn, Gerhard Schroeder, Yulia Tymoshenko, James Wolfensohn, Victor Yushchenko, Viktor Yanukovych.