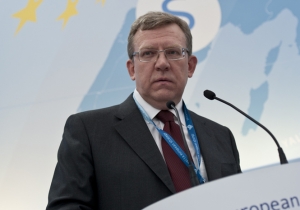 International financial institutions will play a great role under new economical conditions. Namely, they are responsible for setting new working rules for financial markets and taking serious measures in the field of collective financial security.

In the course of the 7th YES Yalta Forum, Alexei Kudrin, Vice Prime Minister and Minister of Finance of the Russian Federation, claimed: “We observe the process of creation of new institutions which should make the situation stable and prevent the global economy risks from being expanded”, - he said.

As an illustration of this, Alexei Kudrin mentioned consolidation of 220 billion Euro within the framework of IMF made in order to keep Euro stable and prevent the Eurozone from further economical problems, as well as creation of the Fund within the framework of EurAsEC having capitalization in the amount of 8 billion Euro aimed at supporting CIS economies. Ukraine may also become a participant of the Fund soon. “Russia is interested in providing assistance to the neighboring countries. The originators of the Fund have offered Ukraine an opportunity to join the Fund and make use of its resources”.

Having said so, Alexei Kudrin, brought into focus the necessity of taking into account the interests of those developing markets that overcame the financial crisis a great deal better than the world leading economies, when founding the international institutions governing the world financial system. Nevertheless, their influence on decision-making remains minimal. “The role of China and India in decision-making is insufficient. Their acceptance rate should be at the level of 4-5%. 2,5 – 3% - this is not enough. Atop should be the role of the countries in the world economy. The European countries which are slow at recovering should step aside and stand down the votes”, - Alexei Kudrin pointed out.