The new extended Ukraine-EU cooperation agreement to be signed in the beginning of 2009, states Sarkozy 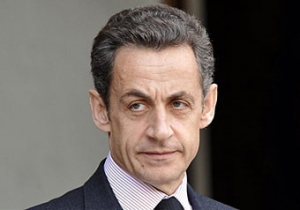 The European Union and Ukraine are to sign the new extended partnership and cooperation agreement at the beginning of 2009. So assured Nicolas Sarkozy, the President of France, presiding in the EU, in his address from July, 11, 2008, given on the occasion of the 5th annual Yalta European Strategy (YES) summit.

He considers the agreement signing as the ambition for the French Presidency of the European Union.

Addressing the participants of the 5th annual YES summit, he expressed regret as for his being personally unable to participate in the Summit, stressing, that he is "well acquainted with the high quality of the debates organised within the context of the «Yalta European Strategy» foundation, on issues that are essential for Ukraine and for the whole of Europe". At the same time he assured the Summit participants that "Ukraine is a country of strategic importance to Europe" and his personal aspiration since assuming the France President's office was to advocate "special relationship" between the European Union and Ukraine.

Nicolas Sarkozy expressed his confidence that the new treaty to succeed the 1994 agreement for partnership and cooperation "will mark a new era in the development of relations between the European Union and Ukraine" since it permits strengthening cooperation in all areas of common interest: "political dialogue, foreign and security policy, economic and energy cooperation, cooperation in the areas of freedom, security and justice - including the issue of visas - and the consolidation of our common institutional framework".

He made a special emphasis on a fact that the new agreement will establish a free-trade area between the European Union and Ukraine, giving a considerable boost to the economic integration.

Nicolas Sarkozy expressed his certainty that, provided the new agreement is signed, "the rapprochement between the European Union and Ukraine will further develop, fully taking into account the European identity and Ukraine's European choice", emphasizing the importance of encouraging and supporting Ukraine's efforts for political and economic modernisation.

As was informed, the Partnership and Cooperation Agreement between Ukraine and EU expired in the beginning of 2008. In 2006 the parties began negotiating the political part of the new treaty; the negotiations are now entering the final phase. Kyiv expects the document to include the clause for starting the negotiations on visa-free regime between Ukraine and EU countries, as well as Ukraine's perspective of European Union membership.

Meanwhile, conversation on economic part of the treaty, to be based on the agreement on free-trade area (FTA) between Ukraine and EU, only started in 2008, after Ukraine's entering the WTO. Being aware that this part of negotiations may last for several years, Kyiv came up with a proposition for Brussels to single out the FTA Agreement as a separate document to be signed later on.

Alongside with that, by the end of June the media informed, with the reference to EU sources, that signing the extended Ukraine-EU agreement is subject to adjourning: in particular, its political part shall not be signed within Ukraine-EU Evian Summit to be held on September, 9, 2008.

Yalta European Strategy (YES) is an independent international organization, uniting the famous politicians, business and public opinion leaders, and journalists, with the aim of reforming Ukraine and provision of support to its entering the European Union. The organization was created by Victor Pinchuk, Ukrainian businessman and public figure, in July, 2004.
Annual YES Summits in Yalta act as communication ground to discuss and develop political and economic strategies for Europe and Ukraine. Since the year 2004, William J. Clinton, the 42nd President of the USA; Gerhard Shroeder, the German Chancellor (1998-2005); Aleksander Kwasniewski, President of Poland (1995-2005), Victor Yushchenko, the President of Ukraine, and other personalities took part in Summits' work.
Besides annual summits, YES acts as initiator and organizer of public opinion surveys, forums and discussions on actual Ukraine-European Union relations issues, provides public opinion polls in EU countries concerning the European integration perspectives of Ukraine.