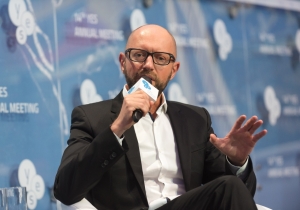 NATO needs to decide whether it is prepared to accept Ukraine as a member, said former Prime Minister of Ukraine (2014-2016), Arseniy Yatsenyuk, at the 14th Annual Meeting of Yalta European Strategy (YES), organised by the Victor Pinchuk Foundation.

“President Leonid Kuchma was the first President in my country to decide that Ukraine should join NATO - I think it was in 2002. So, in my humble opinion, it is very important for all NATO members, and for the whole Alliance, to say it very clearly: “a moment will come when Ukraine becomes a NATO member”, the former Prime Minister of Ukraine said.

At the same time, NATO Assistant Secretary General for Public Diplomacy, Tacan Ildem, noted that it is important for Ukraine to implement successful reforms now in order to boost democracy, increase institutional capacities and see improvements in the field of defence and security.

“We need to see the Ukrainian people’s aspirations for integration with European and Euro-Atlantic structures. I think that now is not time to sink intp details whether Ukraine should be provided with a NATO membership action plan or not. We have to keep in mind that we already had the Warsaw NATO Summit, where there were clear signals offering a comprehensive assistance package to Ukraine”, Tacan Ildem said.