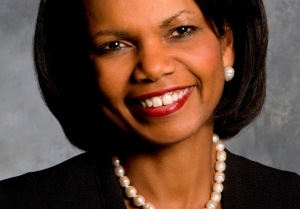 Dr. Condoleezza Rice, the 66th United States Secretary of State (2005-2009), National Security Advisor to the President of the United States (2001-2005), will participate in the 9th Yalta Annual Meeting “Ukraine and the World: Addressing Tomorrow’s Challenges Together”, organized by the Yalta European Strategy (YES) in partnership with the Victor Pinchuk Foundation.

On Friday, September 14, Dr. Rice will deliver a special speech at the opening of a plenary discussion dedicated to the future global order and security. She will later be joined in the discourse by the European Commissioner for Enlargement and Neighborhood Policy Stefan Füle, UN Deputy Secretary General (2001-2007), Member of the Parliament of India Shashi Tharoor, and founder and CEO of Kaspersky Lab Eugene Kaspersky.

On the second day of the Yalta Annual Meeting, Condoleezza Rice will be among the panelists of the energy session, featuring Deputy Prime Minister of the Russian Federation Arkadiy Dvorkovich, Minister of Energy and Coal Industry of Ukraine Yuriy Boyko, Executive Committee Member of SHELL Matthias Bichsel, and CEO of DTEK Maxim Timchenko. The panelists will discuss the energy challenges facing Europe in a time of crisis, development of alternative sources of energy and regional security, new models for energy cooperation between the EU, Russia and Ukraine, and how these factors are transforming Europe.

Apart from the 66th United State Secretary of State, the 9th Annual Meeting of YES will welcome other senior U.S. officials. On Friday, September 14, there will be an interactive lunch devoted to the presidential elections in the USA with White House Chief of Staff (2011-2012) William Daley and the 58th Speaker of the U.S. House of Representatives Newt Gingrich.

William Daley, who served as President Obama’s Administration Chief of Staff, and Newt Gingrich, who has participated in the U.S. Republican Party primaries this year, will discuss the upcoming elections in the United States and present their visions for the future of their country after the presidential campaign. They will also share their views on the possible structure of U.S. relations with Europe, Russia and Ukraine, as well as a new vision of the role of the United States in the world. As part of the interactive lunch, a new format for the YES Annual Meetings, speakers will answer the questions chosen by participants of the Meeting.

The 9th Yalta Annual Meeting entitled “Ukraine and the World: Addressing Tomorrow’s Challenges Together” will take place in Yalta at the Livadia Palace, Ukraine, from 13-16 September 2012. More than 200 leaders from politics, business and society representing more than 20 countries will discuss major global challenges and their impact on Europe, Ukraine and the world.

The President of Ukraine Viktor Yanukovych and the Prime Minister of Turkey Recep Tayyip Erdogan will open the plenary part of the 9th YES Annual Meeting on September 14. The two leaders will discuss critical issues affecting the development of Ukraine and Turkey, as well as the future of a “Wider Europe” in the 21st century. Aleksander Kwasniewski, President of Poland (1995-2005) and Chairman of the Board of YES, will moderate the discourse.

The overarching topic of the 9th Yalta Annual Meeting will be the key transformations that are already shaping the future of the world. Forum sessions will focus on the future of the world economy, on a new world order and its security, and on possible models for the development of capitalism. Special attention will be paid to the role of innovation and leadership in transforming the economy and society. Other topics for discussion include the future of the European Union, energy issues and the internal and external challenges facing Ukraine.

The 9th Yalta Annual Meeting will be streamed live on korrespondent.net in Ukrainian and on euronews.com and yes-ukraine.org in English.