Innovation economics may only be built in free, rule-of-the-law society – Fridman 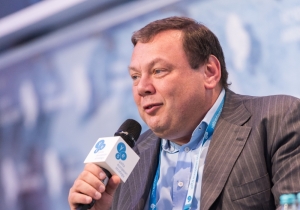 Innovative economies are only built in a free, law-abiding societies, Letter One Group Board Chairman, Mikhail Fridman, has said. Fridman was speaking at the 13th Annual Meeting of the Yalta European Strategy.

“I believe that success isn’t possible without a society built on a well regulated system of ownership rights, intellectual property rights, the sound system of law, and thousands of small businesses with good ideas generated by brilliant minds, like Google,” Fridman said.

Fridman also said that it is due to the lack of freedom in society that the post-Soviet states have so much economic difficulty.

“I believe that the level of freedom in society is key to economic success. Without this freedom, success would be difficult in any country. It is important to implement a system which allows gifted people to reach that success,” Fridman said.

Fridman also said that India has better prospects than China, based on the freedom of society issue.