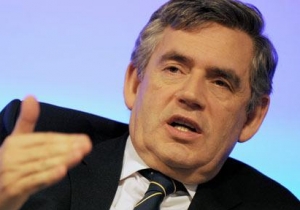 James Gordon Brown, Prime Minister of the UK (2007-2010), Chancellor of the Exchequer of the UK  (1997-2007), will participate in the 9th Yalta Annual Meeting “Ukraine and the World: Addressing Tomorrow’s Challenges Together”, organized by the Yalta European Strategy (YES) in partnership with the Victor Pinchuk Foundation.

On Saturday, September 15, he will address the audience at the session “The Future of Europe”. The panelists of the discussion will include Minister for European Union Affairs and Chief Negotiator of Turkey Egemen Bagis, Lawrence A. Tisch Professor of History at Harvard University Niall Ferguson and member of the Upper House of Parliament of India Mani Shankar Aiyar.

The panelists will discuss possible paths of EU development in the coming years, focusing particularly on the fate of the euro zone, the anti-crisis measures of the European governments, prospects for strengthening the position of the EU as a global player and a possible EU strategy for relations with Eastern Europe.

The 9th Yalta Annual Meeting entitled “Ukraine and the World: Addressing Tomorrow’s Challenges Together” will take place in Yalta at the Livadia Palace, Ukraine, from 13-16 September 2012. More than 200 leaders from politics, business and society representing more than 20 countries will discuss major global challenges and their impact on Europe, Ukraine and the world.

The President of Ukraine Viktor Yanukovych and the Prime Minister of Turkey Recep Tayyip Erdogan will open the plenary part of the 9th YES Annual Meeting on September 14. The two leaders will discuss critical issues affecting the development of Ukraine and Turkey, as well as the future of a “Wider Europe” in the 21st century. Aleksander Kwasniewski, President of Poland (1995-2005) and Chairman of the Board of YES, will moderate the discourse.

The overarching topic of the 9th Yalta Annual Meeting will be the key transformations that are already shaping the future of the world. Forum sessions will focus on the future of the world economy, on a new world order and its security, and on possible models for the development of capitalism. Special attention will be paid to the role of innovation and leadership in transforming the economy and society. Other topics for discussion include the future of the European Union, energy issues and the internal and external challenges facing Ukraine.

The 9th Yalta Annual Meeting will be streamed live on korrespondent.net in Ukrainian and on euronews.com and yes-ukraine.org in English.