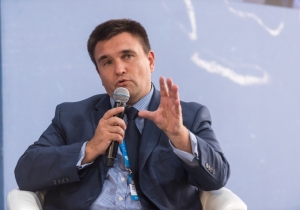 In order to bring Russia back to a democratic system, it is not enough to simply “switch off” propaganda since Russian society is entrenched in authoritarianism, according to the Minister of Foreign Affairs of Ukraine, Pavlo Klimkin.

“A few days ago, The New York Times published a very interesting article by Mikhail Khodorkovsky about the future of Russia. I can agree with many of his theses, except for one that does not seem true to me – the amount of time it will take for Russia to return to a democracy once we switch off propaganda. I believe that it is not enough to stop propaganda, as the reality is quite different,” Klimkin said at the 14th Yalta European Strategy (YES) Annual Meeting, organized by the Victor Pinchuk Foundation.

Klimkin also noted that Ukrainian and Russian societies are very different in terms of their attitude to democracy.

“For us, democracy is very important and a very real concept, while Russia cannot do without an autocratic system like the one built up by Putin,” he summed up.

However, according to Gennady Burbulis, former Secretary of State of the Russian Federation (1991-1992) and President of the Baltic-Black Sea Forum, a significant part of Russian society stands by European democratic values.

“Today's Russia is not only the Kremlin. Dozens of millions people out of the 146 million population share European values, and are ready to defend them in any way they can,” said the former Russian State Secretary.

At the same time, he noted that Russia is currently suffering a deep imperial syndrome that affects both its internal and external policies.