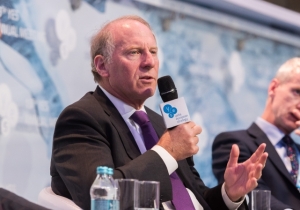 Middle East and North Korea are among the most dangerous “crisis points” beyond the Ukrainian context, said the President of the US Council of Foreign Relations, Richard Haass, at the 13th Yalta European Strategy Annual Meeting (YES).

“In Syria, I think there is a zero chance, not one percent chance, that the ceasefire announced the other day will actually be a ceasefire. Diplomacy reflects realities on the ground much more than it changes them, and realities on the ground work against everything in this so-called truce. To me, the biggest uncertainty in the Middle East – in addition to the failed states, Iraq, Libya, Yemen – is the uncertainty with Saudi Arabia.  Against a backdrop of low oil prices, demographic pressures and ISIS becoming more of a terrorist organisation,” he said.

Richard Haass added that the situation in Saudi Arabia may have far-reaching implications.

The US Foreign Relations Council President stressed that North Korea is an extremely serious challenge.

“After several decades of negotiations and hoping that sanctions would work, we see North Korea now with maybe a dozen nuclear weapons, a whole set of ballistic missiles and some years away from being able to put warheads on their missiles that can reach the United States.  Will we be able to do anything to eliminate that threat?” he said.

Richard Haass also suggested that the issue of North Korea would have to be dealt with soon.